Growth mindset, the theory that sets out the idea that a person’s abilities, like intelligence, are not fixed traits, has been taking the world of education by storm for some time now. Why wouldn’t it? I think, at its heart, it resonates with what many teachers hope to be true – that a student’s abilities can be developed through hard work and dedication to the cause.

The trouble is though that the ideas behind growth mindset have, in some circumstances, been boiled down to nothing more than some motivational posters and alternative sayings – swap “I give up” to “I’ll try a different strategy” for example. Plenty of people have commented on Twitter that this simply isn’t enough and it’s a crude interpretation of what Dweck, the psychologist behind the growth mindset research, actually meant. She has also pointed out the pitfalls herself. Dont’ get me wrong, I’m not adverse to a motivational postcard myself, but developing growth mindset has to be about more than that; it probably needs to involve modelling of these principles – explicitly if possible.

I decided to approach this really simply with my maths group, who are still working on recalling their times tables efficiently. We’ve been using different strategies, daily, to embed these, including rhythm and self-quizzing and then application practice and I’ve been explaining why I think these will help them memorise these key facts too – another key element of developing growth mindset as it so happens. So, I told my group that while they were doing their self-quizzing bits, I would be doing it too – with my 13 and 14 times table. I explained that I already know them up to 12 but I’m challenging myself to learn beyond that using the same methods they are. They were a bit surprised at first, but after chatting about it, we’ve just all got on with our targets. I can’t be sure exactly what impact seeing me work through the same steps they are has had, but I’m fairly sure if nothing else it’s reminded them that learning is for everyone and that it’s ok to get things wrong and struggle a bit because their teacher is too. It also highlights the fact that we aren’t just born knowing this stuff.

So my advice with the growth mindset stuff is embrace the posters if you want – why not? – but try to find a way to explicitly model how it applies to you as the teacher too. 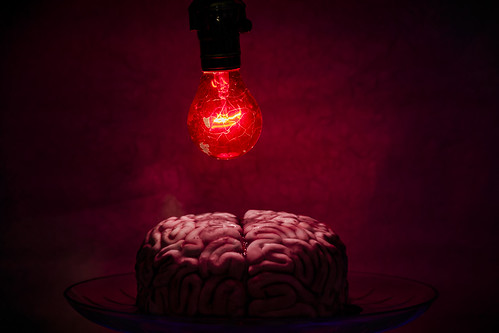