Recently, I’ve been thinking about a few things that have happened to me, which have reminded me about the benefit of not just knowing something, but feeling it too.

My yoga teacher, who I had only met once at that point, remembered a comment I had made about going to view a house and sent me this tweet afterwards – I was surprised and touched that not only did she remember, but also made the effort to act on it.

@OhLottie how was your house viewing? I hope it went well. ♡

At a one-day course on mental health and well-being we did an activity in threes. Two of us, one blindfolded, had to have a conversion about anything, while the third group member whispered off-putting paranoid phrases into the blindfolded person’s ear to attempt to simulate the horror of an auditory hallucination, which can be a symptom of schizophrenia. It was quite revealing.

Whenever I submit an ed tech column to The Tes, Jon Severs, the commissioning editor, will give me feedback – sometimes it’s good to go (with a hefty dose of sub-editing don’t get me wrong!), sometimes parts of it need reworking and sometimes it needs a lot of reworking! I’m used to giving feedback on writing constantly, but receiving it so regularly was different at first.

Where am I going with this? Well, sometimes, I think this can be really beneficial for adults, who work with children.

It’s one thing knowing that Little Billy has a specific learning need, and even the ins and outs of it, but it’s quite another to put yourself in his shoes and actually feel what having that need is like for Billy.

It’s one thing knowing that remembering a pupil had a really important event over the weekend will mean something to them, but it’s another thing feeling how much it means to them and doing something about it.

It’s one thing knowing that your feedback will help make a pupil’s work better, but it’s another thing to think how it feels when they get it.

Perhaps both knowing them and feeling what their life experiences are like could be the way to really help the pupils, who need it most. 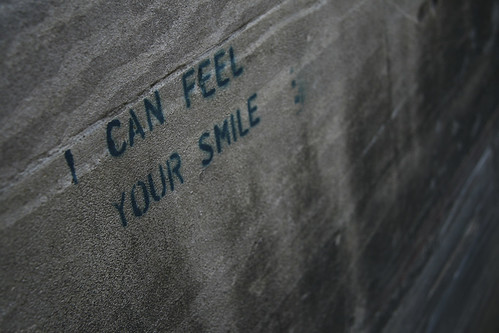