Five classroom ideas that have had an impact this year

It’s about this time of year that I begin to reflect on the school year just gone (or going, not over  just yet!) and look towards the new year starting in September.

Five things that have had an impact in my phase (years 5 and 6) this year:

Spelling patterns: I once had conversation with Dawn Hallybone about her school’s spelling policy – they gave out spellings as patterns. I’ve never been pleased with the lack of impact just from giving lists of spellings to learn by rote each week, so this year I dished out a pattern and provided two example words and then challenged the children to find five more to fit the rule at home. If it was a prefix or suffix that had a meaning (such as re–), I’d also challenge them to work out the meaning of it. This would be followed up in class the week after with a word investigation, where we would try to find and share as many as possible. We would then stick them up on post-its on our ‘pattern of the week’ board. One of my girls then had the idea of collecting all these post-its into a book that could be referred to after we had moved on to another pattern – great idea. The impact I have seen is children applying these patterns and rules, enabling them to spell words they didn’t know off by heart or hadn’t specifically learned.

Maths intervention monitoring: I used data to put in place intervention for those who needed it – at all levels, not just those  working ‘below age related expectations.’  Almost more importantly than that, the impact of each group was monitored closely (every half term minimum) so it didn’t go on for longer than needed and, if it wasn’t having an impact, we could change it. My personal view is that effective intervention should, for the most part, have an end point.

The problem solving cycle: this framework has helped children break down and solve word problems in maths. It was based on idea I was introduced to during a maths cluster meeting, that I went on to develop further. The impact of this was that children, who previously couldn’t, were able to work out what they needed to do and relate that to what information they had been given in a question as well as prior learning that could help. I should probably do a separate blog post on this one.

Organised working walls: clear sections to show what we were working on that week in literacy and maths, how it might look at different levels, useful resources and excellent examples enabled children to talk about their work in depth and improved self-assessment and peer assessment.

Post-it checks: part of the plenary in most maths lessons. Children complete a question based on the lesson on a post-it and stick it to my plan. Immediately I can see who is looking secure and who needs a bit more work on a particular concept. This fed straight into intervention easily as I could pass the information on to the TA running it too.

(I’m looking to following this up with a more data specific post later in the year too).

What has had an impact in your classroom this year? 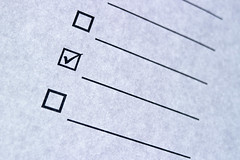